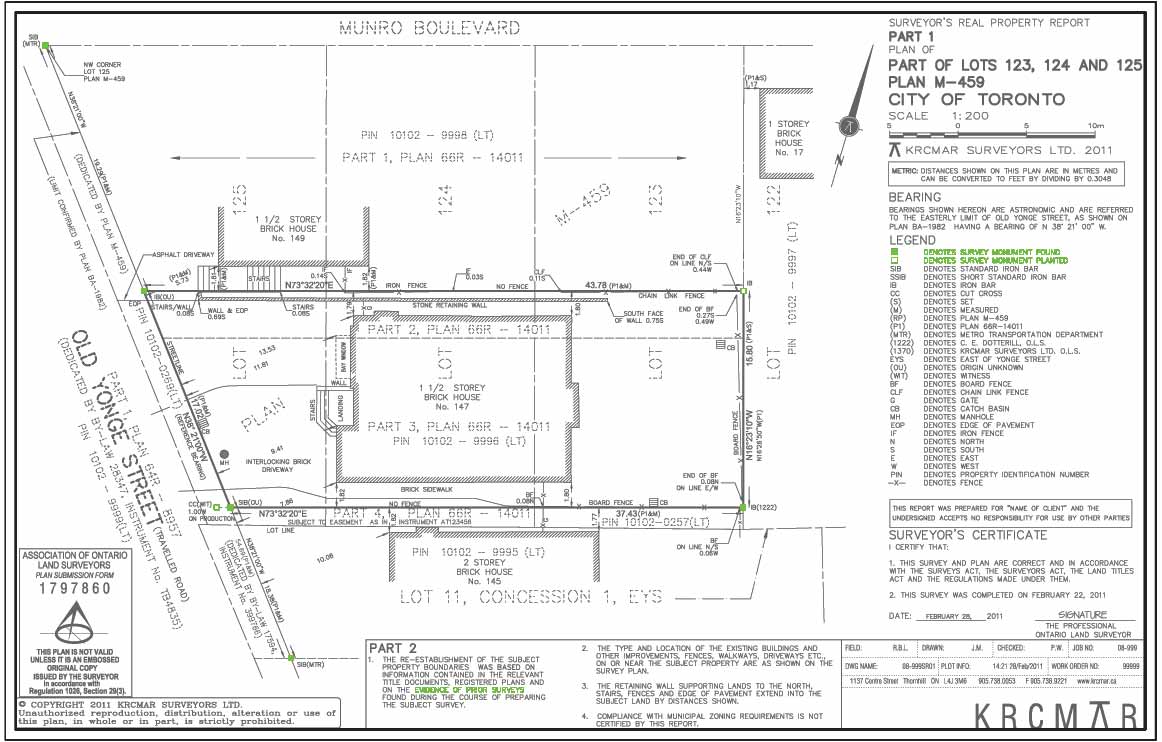 These symbols are shown at property corners, angles, curves or bends along the boundary perimeter and represent survey markers that were either found or set in the ground during the course of the survey. A survey marker or survey monument is a general term for a legal property marker, which can include a square iron bar, round iron bar, cross cut on concrete surface, iron pin, rock bar in accordance with survey regulations. This survey marker indicates something that is physically in the ground, at the noted location, as a result of the survey that was conducted. _ Solid black square denotes ""survey monument found"", meaning that the survey marker was found in the ground and was planted by earlier survey. It is found evidence of the boundary location. _ White square denotes ""survey monument planted"", meaning that a monument was not found at the time of the survey and so the surveyor ""planted"" a new survey bar based on their assessment of all evidence and their measurements. Only surveyors can set or confirm these markers but be cautious; not all monuments are at the corners. Some are set or located at an offset distance shown on the plan. Surveyor's Real Propertry Reports (residential legal plans of survey) require survey monuments be found or re-set for the two front property corners by the Ontario Land Surveyor at the time of the survey. The rear property corners are optional, but recommended.

A surveyor's symbol representing a physical metal stake or bar which usually identifies the location of the boundary (usually at a corner, angle, curve or bend).

Survey monuments are official boundary markers - usually iron bars manually hammered into the ground. Identifying and finding these original, undisturbed iron bars provides you with the most accurate physical evidence of your boundary.