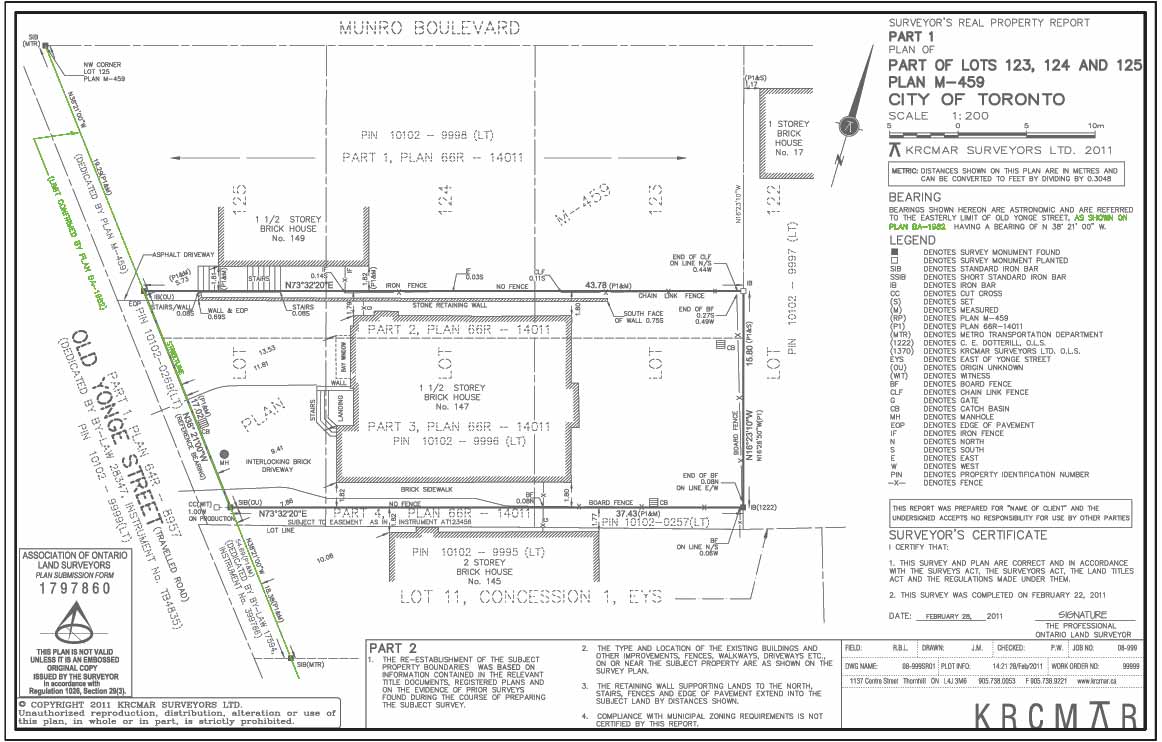 Street lines that are confirmed by official Boundaries Act plans identify the subject line on the survey plan with wording such as, “ LIMIT CONFIRMED BY PLAN BA-1982“ or “ STREET LINE CONFIRMED BY PLAN BA-1982....". This confirms to the reader that the location of the street line was surveyed and established as “ true and unalterable“ by Boundaries Act survey plan BA-1982, and must be followed and used by all subsequent survey plans.

To establish the permanent and unchangeable location of the particular street line.

Provides certainty on the location and limit of the street line.